ROADWAY – A recent report from Columbia Health services reports that the “noticeable” smell constantly pumped out of the Dig Inn chain location on Broadway between 113th and 112th has shown exponential growth in both volume and pungency. Olfactory professionals at Columbia Medical School were responsible for the report, which stated, “After months of testing, we can confirm that the Dig Inn Smell (DIS) has been growing both in size and power. At current rates, we can expect it to reach the other side of the street no later than May 2018.” The report was clear in its findings, using state of the art technology, such as Jared and his massive schnozz, to gauge the growing danger posed by the restaurant’s odor.

This comes as no surprise to many in the neighborhood, who have long believed the Dig Inn Smell to be growing in strength. Emily Calloway, BC ‘18, claimed “When that place moved in my sophomore year, I swear there wasn’t a smell. But now I can hardly get past the place without having my eyes water it’s so thick. I’ve ever started going up to campus on Amsterdam to get away from it, which is like a whole 30 seconds longer on my commute.” Derrick Olavi, SEAS ’19, shared the sentiment, stating “I swear it’s why Amigos, the next-door Mexican spot, is gone. People just can’t be expected to sit in that stench while they get blackout drunk on a Tuesday night. I miss my quesadillas and only have that fart castle to blame for it!” On the whole, there have been many personal accounts that seem to back up the findings of the report, which marked a 5% daily growth in the scent’s presence on the street.

Others, however, were more favorable about the scent, like Tracy Beck, CC ’20: “So what if the scent is growing, I secretly kinda like the smell. It’s like a combination of the smell of a garage with that of new mac and cheese, which are both things I love. I know it’s a tough opinion but I may even try to move closer to it next year.” Needless to say, we cannot trust the opinions of people like Tracy.

The Federalist’s attempts to contact Dig Inn officially have been met with silence, except for one employee who we found on a smoke break around the corner, who wished to remain anonymous. According to them “The smell is the least of your problems, you can’t even imagine the type of stuff that goes on in there.” When pushed further on the issue, they continued “I’ll just say that food isn’t the only thing made in there. We also make drugs. Like intense ones. One’s that make you see shit and kill your sperm.” As of present time, no authorities have raised suspicions about Dig Inn’s operation.

The report concluded with a few recommendations for those forced to pass through the cloud on a daily basis, including “protective facemasks, chemical showers, and holding your goddamn breath for like a few seconds, max.”

Apr 6, 2021
Columbia Takes Song of Solomon off LitHum Syllabus After Deciding That Othello is Adequate Representation of POC

Mar 24, 2021
“You Gotta Collect Them All,” Says SEAS Junior of Columbia Dining T-Shirts

Wearing his beloved “JJ’s Fam” exclusive apparel, Almond stated, “As the king of the JJ’s Naysh, I always gotta turn up, even in a pandemic, with fresh fits.”

Mar 23, 2021
“My Body is a Temple,” Preaches Staunch Vegan Before Railing Fat Line

When asked by Federalist reporters about her dedication to clean eating, Woods replied, “My body is a temple. It’s important to respect it by avoiding harmful products.” She then whipped out a Whole Foods gift card, used it to cut voluptuous lines of the finest Colombian cocaine, and snorted so powerfully it sounded like an AMBER Alert.

Looking for the shortest possible commute? Carlton Arms, a little-known dorm sitting neatly between Hartley and Wallach, is beloved by Columbia students for its convenient location! Do note that looking up “Carlton Arms” on Google Maps will take you to another apartment building of the same name half a mile away from campus.

When Jerry and Kramer switch rooms, it causes a whole bunch of trouble for the gang! But this trouble still isn’t anywhere close to the lifelike robots that rebel against their creators in Westworld!

Resident Girl in Red fan reports, “At first I thought my gaydar might be off and she was actually just straight, but then I saw her Chai Iced Latte. I mean, no straight woman EVER orders a Chai Iced Latte.”

Mar 8, 2021
Moaning Myrtle To be Replaced by Moderate Pete Buttigieg

“Was I hoping to be president? Sure. But as anyone who knows me can attest, I’ve always said, ‘If I can’t be president, then I’d want to be a dead ghost roaming the Hogwarts bathroom.’” 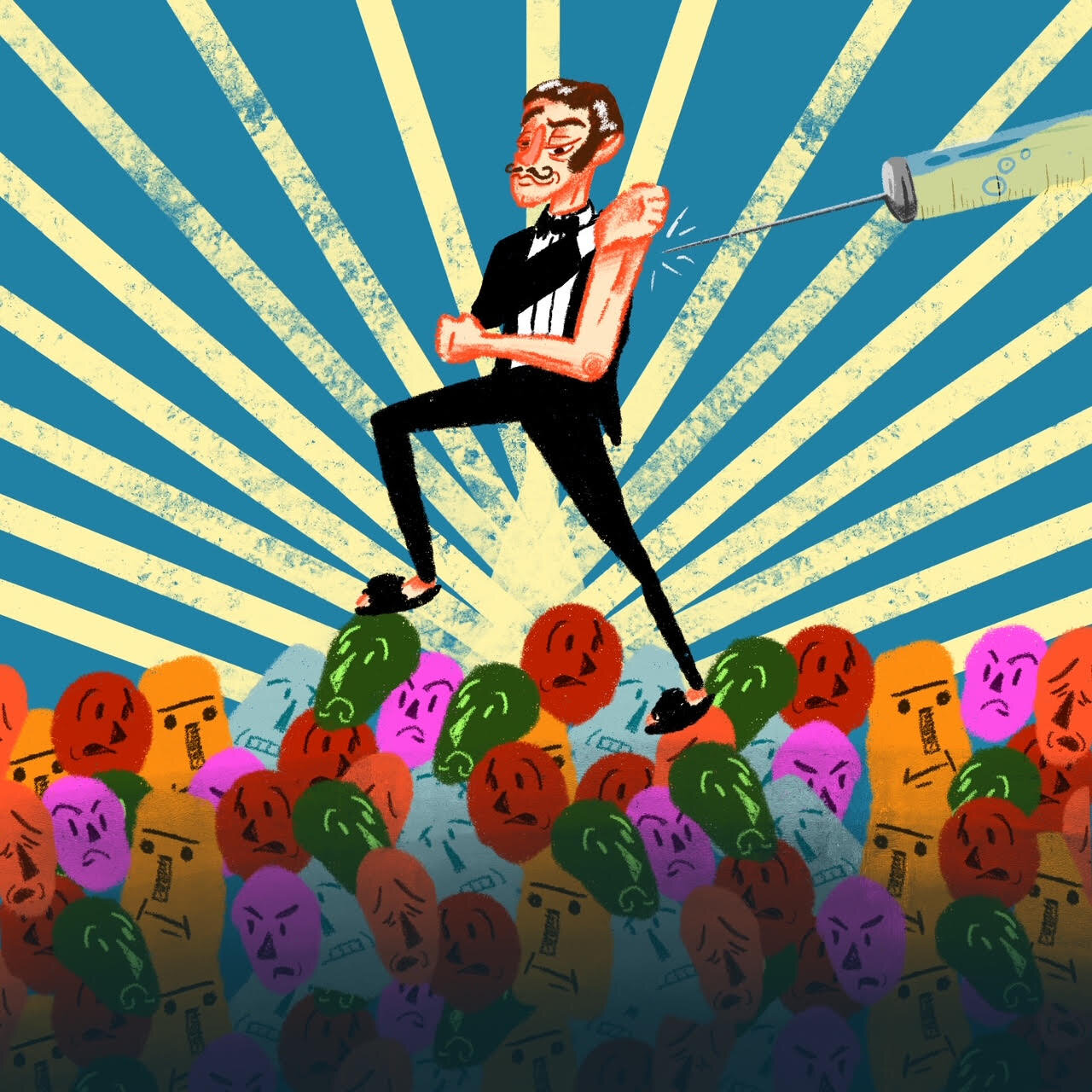 At the undergraduate level, most vaccine decisions will be made based on major. A leaked list of majors shows that economics, computer science, physics, and mechanical engineering students will receive the vaccine within weeks. Visual arts, complit, and music majors will be last. As of now, there is no plan to vaccinate Russian Literature students.